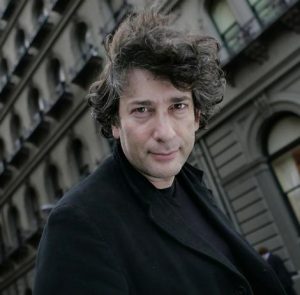 For me, when there are controversial scenes, they’re always intrinsic to the book and I hope always done tastefully. The Graveyard Book opens with a serial killer walking round a house, holding a knife, having just murdered three people and now looking for the baby, who he’s going to kill – and it’s probably as scary as it gets. But I tried to write it in such a way that different people reading it would get different things out of it. And was it put in to shock or provoke an effect? No! It was put in because that’s where the story has to start. (The Guardian)