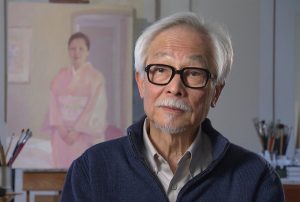 Born in Yokohama, Japan in 1937, Say was raised under the shadow of World War II. He dreamed of becoming an artist from a young age. When Say’s parents divorced, he was sent to live with his grandfather in Tokyo, where he studied under his favorite cartoonist, Noro Shinpei.

Say published his first children’s book in 1972, but it wasn’t until he finished The Boy of the Three Year Nap (which received the 1989 Caldecott Honor) that he committed to illustrating full-time. He continues to create inspiring works for readers of all ages.