The Rise in Children's Nonfiction 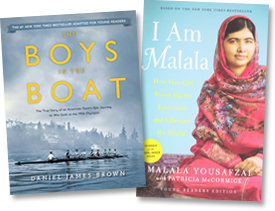 The trend reflects the Common Core State Standards’ emphasis on nonfiction, as well as the emergence of guidebooks and spinoffs for popular games such as Minecraft. Bookstores have responded to the increased demand by expanding their nonfiction sections and breaking out new categories. Adult publishers like Ohio University Press are also capitalizing on the trend by launching their own children’s nonfiction series.

While some parents are challenging the Common Core, one thing they haven’t questioned is the value of having a broader selection of narrative nonfiction for their children to read. The strength of certain series, along with publishers’ repackaging efforts, could keep the interest in kids’ nonfiction strong even if Common Core goes away. (Publishers Weekly)