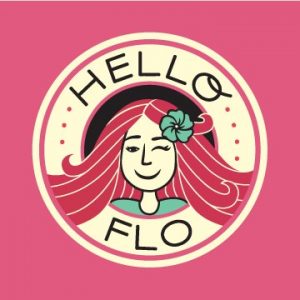 New York, NY – Naama Bloom, founder and CEO of the popular online site HelloFlo.com, will publish There Will Be Blood: The HelloFlo Guide to Puberty with Dutton Children’s Books, an imprint of Penguin Young Readers. Written by HelloFlo founder Naama Bloom, with Glynnis MacNicol, There Will Be Blood is an honest, funny, and groundbreaking guide to puberty for a new generation of young readers and their families. With the support of a panel of experts, the guide will incorporate real-life stories along with facts and illustrations. The deal was brokered by Emma Parry, Janklow & Nesbit and Julie Strauss-Gabel, Vice President and Publisher, Dutton Children’s Books.

“The HelloFlo Guide to Puberty is about the blood,” says Naama Bloom.  “It is about clots, and discharge, and awkwardly placed pubic hair. It is about messiness. It is about talking about the confusion of puberty, and all the things happening to our bodies, or what will happen, in an open and honest way. There are no pastels in the HelloFlo world. No blue dyes either.  There is no embarrassment. There are no hushed voices. There are gifs, there are Instagrams, there is #TamponLiberation, and period parties, and bushes, and lack of bushes, and blood. We celebrate puberty here and also try to be funny. Puberty is not a curse. It’s confusing, uncomfortable, sometimes painful, but also interesting and ultimately powerful and empowering.”

Naama Bloom is the founder and CEO of HelloFlo.com, a modern-day women’s health company. She is a 15+ year marketing leader with a significant track record of building high-performing teams, launching and managing brands, customer acquisition, PR, and direct marketing. In 2013, she launched HelloFlo with the goal of empowering women and girls to celebrate all stages of their life, from puberty to menopause. HelloFlo’s first two promotional videos, “Camp Gyno” and “First Moon Party” have received over 40 million views. Naama holds an MBA from Cornell University and was recently named to AdAge’s Creativity 50 for 2014.

She lives in Brooklyn, NY with her husband and her two children.

Glynnis MacNicol is a writer and co-founder of TheLi.st. Her work has appeared in print and online for publications including Forbes, The Cut, Elle.com, New York Daily News, Marie Claire, Capital New York, The Daily Beast, mental_floss, Outside, Macleans, and Medium. In 2014 Glynnis co-edited and contributed to the best-selling Amazon Kindle essay collection The 10 Habits of Highly Successful Women.  Glynnis frequently speaks on the intersection of media and politics and has appeared on Fox News, MSNBC, NBC, CBC, Al Jazeera, and CNN’s Reliable Sources. TheLi.st has been covered in the NYT, The Guardian, Elle, Marie Claire’s ‘New Guard’, SAI 100, Lucky, Mashable, Fast Company, Refinery 29, HuffPost, and the New York Post.

HelloFlo is an everyday health and wellness resource for women and girls. We provide all the information, products, and support women need to manage transitions in life ranging from puberty to menopause and everything in between.