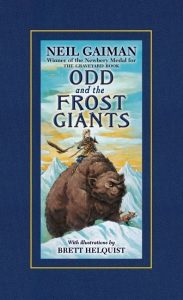 The story for this book features vikings and characters from Norse mythology. It has been confirmed that Chris Riddell, who has created illustrations for several Neil Gaiman children’s books, will take on the United Kingdom edition of this project. (The Telegraph)