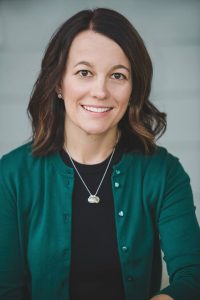 This profoundly moving middle grade novel tells the story of 12-year-old Cedar who, following the sudden, tragic deaths of her father and younger brother, grapples with grief and acceptance during her summer working for the renowned Summerlost  Shakespearean theater company.

Ally Condie says, “I wrote Summerlost about a girl named Cedar, who is dealing with the heartbreak of a family tragedy. Just when she needs it most, she finds herself surprised by the wonderful, magical feeling of falling into an unexpected friendship. During the pivotal summer in the novel, Cedar also explores long-held mysteries within her community and concerning those she loves.”

Critically-acclaimed author Ally Condie is known for her spare, poetic prose and inventive storytelling. In 2010, her “superb” (Wall Street Journal) novel Matched became one of the most talked-about books of the year, garnering multiple starred reviews and widespread critical acclaim. Entertainment Weekly raved, “Matched is the hottest YA title to hit bookstores since The Hunger Games.” Matched was chosen as one of YALSA’s 2011 Teens’ Top Ten and named as one of Publishers Weekly’s Best Children’s Books of 2010. The sequels, CROSSED and REACHED, were also critically-acclaimed and received starred reviews, and all three books are available in 30+ languages.

A former English teacher, she lives with her husband and four children outside of Salt Lake City, Utah. She loves reading, writing, running, and listening to her husband play guitar.