Home > Blog > All You Really Need to… 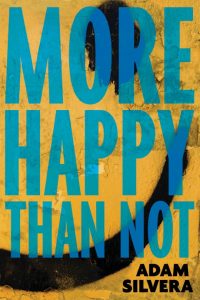 I always feel a little nostalgic and reflective at this time of year, because I started my publishing career in June of 1993. Looking back at the market then, I mostly giggle. Then I think about what I was complicit in perpetuating, and I want to barf.

This is the first book I ever helped to edit.

This is the first novel I ever published.

Two thousand years from now an archaeologist might reasonably assume that in the early nineties there was a law banning books for teens that didn’t feature straight white blond girls. I remember I brought up Won’t Know Till I Get There by Walter Dean Myers at an editorial meeting that fall—I’d read it in 8th Grade—and people stared at me, slack-jawed, not comprehending why I thought it would be cool to talk to him and maybe even try to work with him. “On a basketball book?” was one response. (From a very smart and well-meaning colleague whom I still love and respect, no less; I’m sure that person would also want to barf now, remembering this.)

On that note, not to make this post all about me, I have to add: June 2015 does mark an especially proud professional and personal moment.  Soho Teen just published Adam Silvera’s debut, More Happy Than Not. I only mention this because I can imagine the response I would have gotten if I’d pitched the premise at the conference room table twenty-two years ago, to a room full of smart editors:

It would be nice to pat myself on the back—I just did—but this post (I swear!) was intended to be a diversity takeaway from BEA and BookCon. In short, from my perspective, there has been real progress (in spite of the fact that the Children’s Breakfast Panel was still white-authors-only, almost comical given the 2014 BookCon backlash). And I am proud that the progress has come from inside the industry through the CBC, which was just awarded the BEA Industry Ambassador Award for its Diversity Initiative (of which I am a part) and outside the industry through the grassroots organization We Need Diverse Books, which has raised awareness and called out the industry’s collective intransigence.

So I’ll leave you with a beautiful nugget of wisdom from one of my favorite authors, Jacqueline Woodson, who sat on the BookCon We Need Diverse Books panel on Sunday May 31st.  When asked why she thought Brown Girl Dreaming resonated with so many, she said it was her most deeply personal book to date. “The most personal is the most universal,” she concluded.

That is diversity, right there.

It is also all we really need to know or keep in mind when we make business decisions. We should all have that carved into our office doors. I hadn’t even realized it until she articulated it, but it speaks exactly to why I acquired Adam Silvera’s novel. And it speaks to why we in publishing are all finally, maybe, (I hope?) starting to lumber in the right direction.