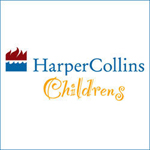 “I’ve had the best job in publishing at the best publisher. I’ve worked with an incredibly talented and dedicated staff and a wonderful group of authors and illustrators. HarperCollins has been my home away from home and the people have been part of my family. While I will miss everyone with all my heart, I know that I am leaving the company in great hands and that the Children’s Division will continue to thrive and grow in this very exhilarating time for the industry,” said Katz.

“Under Susan’s leadership, HarperCollins Children’s Books has carefully and consistently published amazing books that have found their way into the libraries and living rooms of millions of children, teens and adults. She has guided the division through one successful year after another, and has made an enormous contribution to the company’s overall success – whether she’s breathing new life into our timeless classics or launching new brands that engage the next generation of readers. She has been an amazing colleague, leader and friend, and she will be greatly missed,” said Brian Murray, President and CEO, HarperCollins Publishers.

Katz, who has been with the company since 1987, will stay on through the summer to facilitate a smooth transition. Since becoming President of the Children’s Division in 1996, the revenues of the Division have more than tripled. During her tenure, HarperCollins Children’s Books has received a combined 65 Newbery, Caldecott, Printz, and Coretta Scott King Awards and Honors. She has worked with a myriad of acclaimed authors and illustrators such as Neil Gaiman, Kevin Henkes, Walter Dean Myers, Jane O’Connor, Robin Preiss Glasser, Shel Silverstein, and Maurice Sendak, and she was instrumental in the launch of such bestselling books and series as Divergent, I Am Number Four, The Graveyard Book, Before I Fall, The Selection, Vampire Diaries, Pretty Little Liars, Dorothy Must Die, Red Queen, Big Nate, A Series of Unfortunate Events, Warriors, Fancy Nancy, Pinkalicious, and Pete the Cat.

Suzanne Murphy will join HarperCollins as President and Publisher, HarperCollins Children’s Books, effective May 20, 2015. She will sit on the global executive committee and report to Murray.

“Over the last decade Suzanne has worked on some of the biggest properties in children’s literature and created global successes that have shaped the direction of the industry. Her extensive experience will enable her to hit the ground running. I’m delighted to welcome her to HarperCollins,” said Murray.

“I am thrilled and honored to be taking the baton from Susan, whose leadership of HarperCollins Children’s has set the bar high in the industry for so many years. I look forward to working with the incredibly dynamic, creative, and smart team at HarperCollins. Joining the Children’s group at a time when they are experiencing such tremendous success, with the prospect of even greater growth globally, following the establishment of new international divisions, is incredibly exciting,” said Murphy.

With more than 20 years in publishing, Murphy has overseen the campaigns of many best-selling and beloved books for children and young adults, such as, most recently, Mo Willems’s The Pigeon Needs a Bath!, Rick Riordan’s Heroes of Olympus series, Ridley Pearson’s Kingdom Keepers series, and Alexandra Bracken’s The Darkest Minds trilogy.  She also oversaw the expansion of the Disney franchise publishing programs to include Marvel Press, Disney-Lucasfilm Press, and Kingswell/ABC. In her time at Disney, Murphy led new content initiatives, including the New York Times best-selling Disney’s The Never Girls, the New York Times and internationally best-selling series The Waterfire Saga by Jennifer Donnelly, and Disney’s The Zodiac Legacy by Stan Lee.  Prior to joining Disney, Murphy was Vice President, Group Publisher, Scholastic Trade Publishing, where she led the publishing and promotion campaigns for major best-sellers, including the final books in J.K. Rowling’s Harry Potter series, The Hunger Games trilogy by Suzanne Collins, and the multi-platform series The 39 Clues. Prior to her time at Scholastic, Murphy held positions in children’s publishing at Simon & Schuster and Random House.

About HarperCollins
HarperCollins Publishers is the second largest consumer book publisher in the world, with operations in 18 countries. With nearly two hundred years of history and more than 65 unique imprints around the world, HarperCollins publishes approximately 10,000 new books every year, in over 30 languages, and has a print and digital catalog of more than 200,000 titles. Writing across dozens of genres, HarperCollins authors include winners of the Nobel Prize, the Pulitzer Prize, the National Book Award, the Newbery and Caldecott Medals and the Man Booker Prize. HarperCollins, headquartered in New York, is a subsidiary of News Corp (NASDAQ: NWS, NWSA; ASX: NWS, NWSLV) and can be visited online at corporate.HC.com.