Home > Blog > It's My Privilege 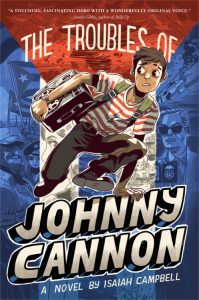 “I remember the day that I became colored,” Zora Neale Hurston wrote in How it Feels to be Colored Me. In that essay, she related how she’d never thought much about her own skin color until she turned fourteen and moved to Jacksonville, Florida, where she encountered discrimination that transformed her from “Zora of Orange County” to “the little colored girl.”I first read that essay when I was in college, and it blew my mind out of my ears and onto the pile of pizza boxes in the corner of my dorm room. I’d never imagined that experience for anyone. What was it like to have your identity redefined into a category you never knew existed? What was it like to go from just being a girl to being “just a girl”? To go from being one of the guys to being “one of those guys”? To realize that, no matter your achievements or accomplishments, people would first notice the color of your skin?

Years later, I would understand that the very fact I’d only just then been exposed to those feelings was, in itself, a similarly defining revelation. Having the freedom to live without such discrimination and restriction is the essence of Privilege, as is being blissfully unaware of what the heck Privilege is and how it affects life (you might recognize that state of being from its proliferation on Twitter, Tumblr, Reddit, and Facebook).

When I decided to write The Troubles of Johnny Cannon, I hoped to open the eyes of middle-school readers to the reality I didn’t see until I was an adult. I had been thinking about the “default protagonist” in literature, i.e. the Straight-White-Male character that we often imagine until a rogue character description informs us otherwise. And when that darn character description tells us the character is not straight, or not white, or not male, we expect the story to be about what it’s like to not be the default character.

In other words, Diverse Characters often teach the reader what it’s like to be different, while Straight-White Characters get to go on any adventure they want and happily ignore their own state of being.

And so, like Kristoff when he almost told Olaf what happens to snowmen in summer, I felt compelled to clue the little white guy in on how the world really works.

When Johnny’s story begins, he has it pretty bad. He lives in poverty. He’s in a single parent home. His father is disabled. He doesn’t fit in at school, doesn’t know how to talk to his dream girl, and can’t stay out of trouble to save his life (hence the name of the book, right?).  If you told Johnny that he was privileged, he’d laugh in your face. “If I’m privileged,” he’d probably say, “then whoever ain’t privileged is better off dead and buried.”

But everything changes when he is forced to befriend his African American neighbor, Willie Parkins, and realizes there’s a difference between privilege and prosperity.

As a minister’s son with both parents, Willie ought to be better off than Johnny, but he’s not, and it doesn’t make sense. Johnny is as poor as Job’s turkey, but he can go into any place of business even if he can’t afford anything. Johnny has to hunt for his food, but at least the community trusts him with a gun.  Johnny gets into fights at school, but when they’re over he doesn’t have to hear about how violent his kind of people are.

The unexplainable disparity between them helps Johnny finally see the world he’s in for what it is. Like it or not, this is a world in which the cards are stacked in favor of Straight-White-Male characters.

And so, in the midst of all his other troubles, Johnny encounters one he can’t fix, and that’s kind of the point. The story isn’t about turning Johnny into a Civil Rights Messiah, swooping in and making the world better for minorities. That would be counterproductive. Instead, the point of the story is to help Johnny, and hopefully the reader, learn empathy. In middle-school.

Empathetic middle-school students. What will the world think of next?

Isaiah Campbell spent eight years coaching students in English before he took his own advice and wrote The Troubles of Johnny Cannon (Simon & Schuster). The second Johnny book, The Struggles of Johnny Cannon, comes out this fall. Go yell at, I mean follow, Isaiah on twitter (@isaiahjc).