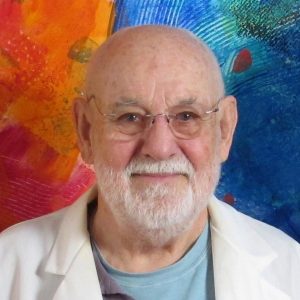 New York, NY – Eric Carle, the legendary author and illustrator of children’s classics The Very Hungry Caterpillar and The Very Busy Spider, will publish a new picture book with Philomel, an imprint of Penguin Young Readers, in October 2015. A whimsical homage to surrealism, The Nonsense Show combines wordplay and visual jokes to offer young readers something playful, something silly, and something downright preposterous on every spread. The book will have a first printing of 250,000.

“Eric Carle never fails to surprise me—and yet every book he creates is so vibrantly true to who he is as an artist and a person,” said Michael Green, President and Publisher, Philomel. “The Nonsense Show offers us a glimpse of the funny, playful Eric Carle that I have come to know behind the scenes, while remaining true to his vision of introducing children to the world of fine art. When taken in context with his two most recent titles, The Artist Who Painted a Blue Horse and Friends, The Nonsense Show forms a trilogy of sorts, opening to young readers the worlds of expressionism, abstract art, and now surrealism. He is creating more than books; he is preparing children for a lifetime of loving words and art.”

Eric Carle commented, “The Nonsense Show came to me over a long period of time and I had fun working on it. It is a playful word-and-picture game and an upside-down way of looking at life and the world. I like these topsy-turvy points of view. I appreciate the way Surrealist artists like Magritte showed us all in their paintings that you have to keep looking, keeping paying attention. And keep playing.”

Eric Carle (www.eric-carle.com) has illustrated more than seventy books, many best sellers, most of which he also wrote. To date, more than 127 million copies of his books have sold around the world. Eric Carle divides his time between the Florida Keys and the mountains of North Carolina. Visit (www.carlemuseum.org) to find out more about The Eric Carle Museum of Picture Book Art in Amherst, MA.

The mission of the Eric Carle Museum of Picture Book Art (www.carlemuseum.org), a non-profit organization in Amherst, MA, is to inspire a love of art and reading through picture books. The only full-scale museum of its kind in the United States, The Carle collects, preserves, presents, and celebrates picture books and picture book illustrations from around the world. In addition to underscoring the cultural, historical, and artistic significance of picture books and their art form, The Carle offers educational programs that provide a foundation for arts integration and literacy. Eric and Barbara Carle founded the Museum in November 2002. Eric Carle is the renowned author and illustrator of more than 70 books, including the 1969 classic The Very Hungry Caterpillar. Since opening, the 40,000-square foot facility has served more than half a million visitors, including 30,000 schoolchildren. The Carle houses more than 13,000 objects, including 6,600 permanent collection illustrations. The Carle has three art galleries, an art studio, a theater, picture book and scholarly libraries, and educational programs for families, scholars, educators, and schoolchildren. Educational offerings include professional training for educators around the country.