Lauren Oliver to Adapt Her YA Novel ‘Panic’ for Film 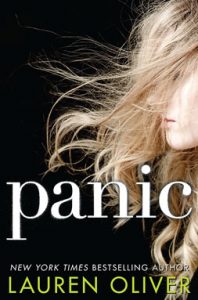 Universal picked up the rights in a bidding war in 2013 in advance of [Panic‘s] spring 2014 release from Harper Teen, an imprint of HarperCollins. The book was a hot property due to the success of Oliver’s previous novels, the New York Times best-selling Delirium trilogy and the 2010 hit Before I Fall, which was set up at Fox 2000. Marc Platt and Adam Siegel are producing Panic.
(‘The Hollywood Reporter‘)