Home > Blog > CBC Diversity: How Will YOU…

CBC Diversity: How Will YOU Step It Up? 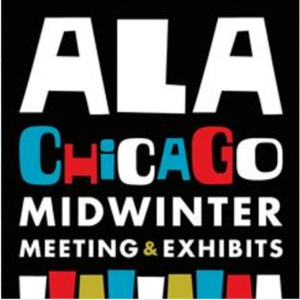 The biggest publishing story of last year was diversity: the #WeNeedDiverseBooks movement, the watermelon “joke,” and the way the two overlapped when WNDB’s Indiegogo campaign topped $334,000, thanks to an apology.

Diversity is the biggest story of this year so far, too, with the ALSC/CBC collaboration on the Day of Diversity: Dialogue
& Action event, which was just held at ALA Midwinter 2015 in Chicago on January
30. I’m eager to see what comes in the next weeks, months, and year from former Executive Director of the CBC Robin
Adelson’s challenge: “it’s now time to move from talk to action.” In
addition to the Day of Diversity, a session called “Stepping It Up With Action!”
was held on February 1 and ALSC will be hosting follow-up community forums and
webinars to continue the conversation and make sure everyone is involved in
action steps.

How do you plan to step it up? What kind of
action would you like to see?

I’d like to see more along the lines of the
#WeHaveDiverseBooks hashtag that
Scholastic has made popular—with increased support for inclusive titles that were
published in the last twenty years. You can find handy lists of the Notable
Books for a Global Society (NBGS) winners from 1996 to the present here.

Last year, many people between 20 and 30 years
old held up a #WNDB sign proclaiming “when I was a child, I never found a
book with someone like me in it.” But the problem resides in finding these
inclusive books, not in their existence. Kids need the opportunity to connect
with authors like Alma Flor Ada, Joseph Bruchac, Virginia Hamilton, Pat Mora,
Walter Dean Myers, Naomi Shihab Nye, Allen Say, Rita Williams-Garcia, and Laurence
Yep. Of course, even teachers and librarians have trouble finding these authors;
this is why educator Yvonne Siu-Runyan started the NBGS committee in 1995.

The committee’s mission then and now is
simple: identify 25 outstanding trade books
for Pre-K to Grade 12 each year that promote understanding across lines of
culture, race, ethnicity, sexual orientation, and values. But having a list is
just part of it; the NBGS committee empowers teachers to share those books with
classroom-ready teaching suggestions and related materials in a hefty article
published each spring in The Dragon Lode
journal.

This year’s just-released NBGS list of
books, linked here in a printer-friendly PDF for sharing,
includes already-classic titles such as Beyond Magenta, Brown Girl Dreaming,
El Deafo, and Silver People—but it also includes books that you
won’t stumble on in your average browsing experience in a bookstore or online.
Here is one page from the four-page PDF that lists all 25 winners.

Stay tuned for teaching suggestions and
related materials for these titles in the Spring 2015 issue of The Dragon Lode.

Don’t it always seem to go

I’m stepping it up this year by posting
something on social media each week that links a wonderful inclusive title from
the past 20 years with a new classic. This week, I’m linking two books by the
same author, one from the 1996 NBGS list and the other from the 2015 list. Both titles share
a Brooklyn setting and a main character who loves to write and is being raised
by a single mother.

How about that pair for a look at then and now? Yes, #WNDB: let’s keep on
making new classics in diversity. But #WHDB too: and let’s keep our existing
gems alive.

Janet Wong (janetwong.com) is an author,
anthologist, publisher, and literacy volunteer who is the immediate past chair
of the NBGS Committee. Discover more about the CL/R SIG and the NBGS at
clrsig.org.