Two Producers Option ‘This Song Will Save Your Life’ 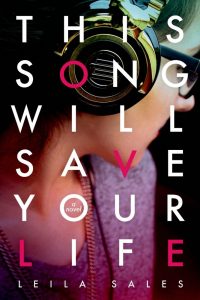 “Tony-winner Kevin McCollum (Avenue Q, Rent) and TV producer Michael Novick (best known for Glee) announced the deal today for the 2013 young adult novel, about a misfit teenage girl named Elise Dembowski who has a passion for music but not much skill at making friends.
She finds her niche in the world of indie rock, DJing at an underground nightclub where she discovers that music can speak louder than words and there are kindred spirits out there who are just as awkward (and secretly awesome) as she is.” (Entertainment Weekly)