CBC Diversity: Embracing the Modern Female Heroine – In All Her Forms 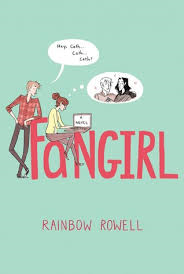 As a children’s publishing professional, I will openly confess that the YA genre can sometimes exhaust me. Of course there are many great, original, and incredible voices in the world of YA fiction, but as I’m entrenched in so many YA manuscripts day in and day out in the world of marketing, it’s rare that a book will stand out among the masses and connect to me on a real, personal level. After all, you have to admit there are so very many YA books out there about the imperfectly perfect heroine encountering a series of struggles in her journey toward true love (occasionally amongst the threat of a dystopian apocalypse…naturally), that it can be overkill after a while. Cather is one of many female characters that I wish I had access to as a young reader in my own path toward self-identity, and more so that I wish so many boys who found females confounding in my college years could understand. And Cather is just one of many females who have impacted me this year. No others forged a personal connection quite like Cather, but a variety of females from all ends of the spectrum impressed me this year – and reading this delightful YA book reminded me just how important the development and evolution of the female heroine is to a diverse literary landscape as all other facets of the diversity conversation. This was the year I obsessively read Gillian Flynn’s Gone Girl for the third time and found myself rooting for Amy Elliot all the way through (twists, psychotic tendencies and all). On TV, I cheered on The Walking Dead’s Carol as she officially completed her transition from quiet wife to morally ambiguous bad-ass; I celebrated How to Get Away With Murder’s Annalise Keating as she directed her life above the challengers who defied her; and I enjoyed watching Lisa Kudrow’s vain, barely likeable actress struggle to achieve success in a world that mocked her in HBO’s The Comeback. This was a year I delighted in discovering females who appealed to different sides of my personality, and represented well-rounded characters on every end of the spectrum.

While the challenges of ethnic, racial, and sexual diversity still loom large, I found some comfort this past year in seeing an emergence of strong, complex, and challenging female characters depicted in modern entertainment. Women depicted making morally questionable choices.  Women whose principle dilemmas didn’t revolve around a dashing leading man. Women who took on what society often dictates as standard male personality traits (physical and emotional strength, relentless determination, and even questionable moral conduct) and redefined them as their own. Women who traveled down paths of their own making, shaped by a clear understanding of who they are as people, and holding onto that identity with all they have.