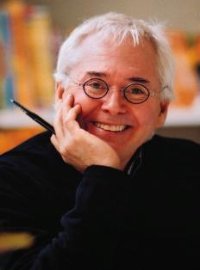 After attending the Cleveland Institute of Art, Brown was a jack of all trades. He worked as a truck driver, cook, professor, and television art director before launching a career in children’s books. The inspiration for Arthur, the lovable eight-year-old aardvark, came when Brown was making up a bedtime story for his son. Arthur’s Nose, the first in the long-running series, was published in 1976.

Brown pulls from his childhood and the experiences of his own children for the series. He has also worked with WGBH in developing the animated series based on Arthur’s adventures in Elwood City. Now in its 18th season on PBS, Arthur is loved by viewers of all ages for its humor and heart—and celebrity guest stars!