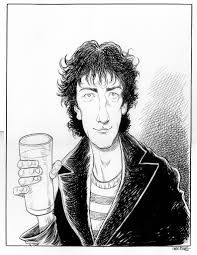 Since transitioning to writing fiction, Gaiman has reinvented himself time and again, straddling multiple genres and forms. His work, which ranges from short stories and poetry to screenplays, has gained audiences young and old. Gaiman’s stories for young readers include Coraline (adapted as a stop-motion film in 2009) and his series of picture books featuring Chu the sneezing panda.

The author attributes his early love of reading to many wonderful librarians:

I wouldn’t be who I am without libraries. I was the sort of kid who devoured books, and my happiest times as a boy were when I persuaded my parents to drop me off in the local library on their way to work, and I spent the day there. I discovered that librarians actually want to help you.

Together with wife Amanda Palmer, Gaiman recently served as spokesperson for the Indies First campaign, enlisting authors to volunteer at their favorite independent bookstores. Now and then, he can also be spotted on television in a cameo appearance! 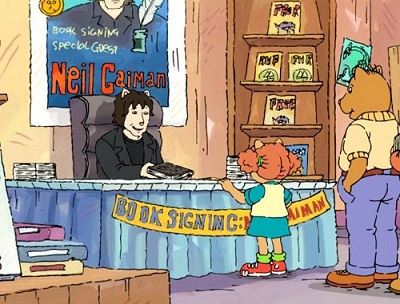