Some of the titles featured on the picture books list include Sam and Dave Dig a Hole, written by Mac Barnett and illustrated by Jon Klassen; My Teacher Is a Monster! by Peter Brown; and Once Upon an Alphabet: Short Stories for All the Letters by Oliver Jeffers. Books on the middle grade list include El Deafo by Cece Bell, Rain Reign by Ann M. Martin, and Brown Girl Dreaming by Jacqueline Woodson. Titles featured on the young adult list include The Impossible Knife of Memory by Laurie Halse Anderson, We Were Liars by E. Lockhart, and Noggin by John Corey Whaley. (Publishers Weekly) 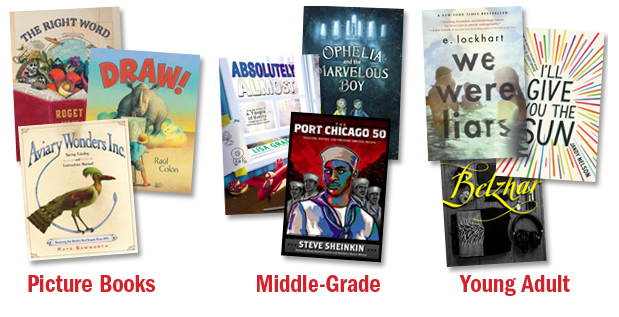