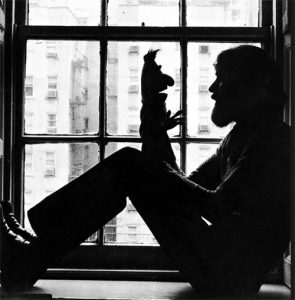 Growing up in Maryland, Henson discovered a passion for comedy. By the time he was a student in college, he was offered his own 5-minute show on WRC-TV. Sam and Friends introduced the world to Kermit, and Henson to his future wife, Jane Nebel. In the late 1950s, Henson teamed up with Frank Oz and Jerry Juhl, both key collaborators on the Muppets. Brief appearances on TV commercials soon led to national attention on The Ed Sullivan Show.

Henson’s big break was on the Children’s Television Workshop’s new educational show, Sesame Street. He showcased his revolutionary talent as a puppeteer, giving characters freedom of movement to explore their environment. He even helped to develop the concept of a “full bodied” puppet, Big Bird! But Sesame Street was only the beginning. In the 70s and 80s, Henson and the Muppets transitioned from children’s entertainment to appear on ‘Saturday Night Live’ and eventually a show of their own. The Muppet Show attracted major guest stars and led to a number of movies. 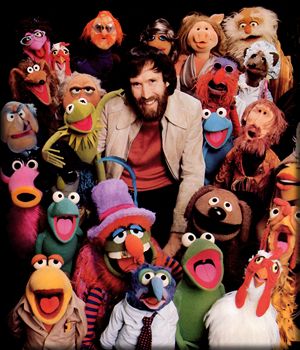 Henson’s legacy as a storyteller and filmmaker continues to be felt through the Sesame Workshop and the Jim Henson company, steered by his children. His work won’t soon be forgotten.

Kids don’t remember what you try to teach them. They remem­ber what you are. – Jim Henson