CBC Diversity: Are We Really Ready For Unstoppable Characters Of Color? 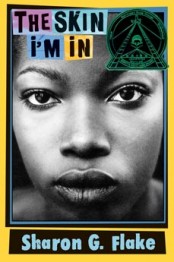 I love this business.  I’ve been in it for over sixteen years.  I have written nine novels for young readers, most of which feature strong, straight-ahead African American girl protagonists.

When my first novel, The Skin I’m In was published in 1997, it was hailed for the distinct voice and spot-on insight of its main character, Maleeka Madison, who is being bullied in the novel and confronted with issues of colorism. In Begging for Change, my main character Raspberry Hill is a girl who knows what she wants and needs and goes for it by using her wits as well as her entrepreneurial skills. In Pinned, my most recent novel, Autumn is a teenager who exhibits her strength as the team’s star wrestler, despite her struggles in school. Autumn is strong, bold, courageous and open-minded. I receive letters from kids who want to be just like Maleeka, Raspberry, and Autumn – kids who are outspoken, resilient, creative, and aspire to become strong women once they’re grown.

But it seems that smart, outspoken, straight-ahead African American girls in books are still frowned upon by gatekeepers and those who serve up books to kids. In my latest novel, Unstoppable Octobia May, which will publish this fall, ten-year-old Octobia is sent to live in her aunt Shuma’s boarding house where she is given the gift of freedom. Freedom to dream, imagine, explore, question and walk the planet whole and complete. Octobia is determined, inquisitive—unstoppable. She’s a lot like Anne of Green Gables, a character I first met during my late thirties.  What I loved about Anne was her steely resolve to be her one and only true self—damn the consequences. But already Octobia has been met with some raised eyebrows because of her tenacity when it comes to solving problems, and the creative, imaginative way she views the world. Others who have read Unstoppable Octobia May have fallen in love with her.  I’m already getting letters from readers who cheer Octobia for her vigor, independence and spunk. But to some, she’s an anomaly—a 1950’s African American protagonist who isn’t defined by the times but instead redefines what it means to be such a girl at such a time. I am finding that she is giving people pause, as she steps out of the box that publishing has historically kept such girls in.

So how can we, as a publishing community, move past the tamping down of bold African American girl characters? In what ways can we transcend the double-standard that says we want more diversity, but only of a certain kind?

Here are some solutions that I see as necessary if we are not just say we want diverse books—but live that motto out and permit diverse authors, diverse narratives, and diverse characters to  live, breathe and exist in ways we may not have permitted them to do so before.

Some books that I love that do a great job of featuring strong African American girls are One Crazy Summer by Rita Williams Garcia, the Sassy series by Sharon Draper, and Maritcha: A Nineteeth-Century American Girl by Tonya Bolden.

Sharon G. Flake is one of the top authors for children in the world today. She has received several Coretta Scott King awards, as well the YWCA Racial Justice Award, and several recognitions from the American Library Association.  Flake is a former spokesperson for Reading is Fundamental (Pittsburgh) and a National Book Foundation Fellowship recipient. Her ninth novel, Unstoppable Octobia May, is due in book stores September 30. You may contact Ms. Flake at sharongflake.com or on Twitter @sharonflake.