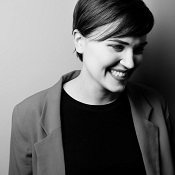 “Given the dystopian trend sweeping YA fiction in the past decade, it’s no surprise that two of the most popular series in the genre have been frequently juxtaposed. The New York Times review of Divergent in 2011 even went so far as to break down the similarities between the series point-by-point. With the Hunger Games film series, which has broken box-office records, building toward the release of the next film in November, and the second Divergent film slated for a spring release, there are more opportunities than ever to compare the two series.” (The Huffington Post)