Disney to Shoot an ‘Alice in Wonderland’ Sequel Film 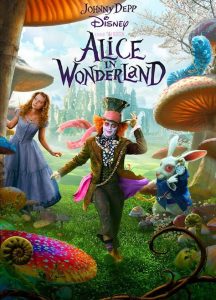 James Bobin will sit in the director’s seat. Linda Woolverton wrote the script. Tim Burton, the director of the first film, is stepping in as an executive producer. Danny Elfman has been tasked with composing the score. Colleen Atwood will oversee the costume designs. The finished film will hit theaters on May 27, 2016. (The Disney Blog)