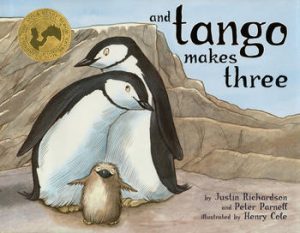 NEW YORK, NY — The National Coalition Against Censorship (USA) has been joined by freeDimensional and PEN International in issuing a statement ( read online ) opposing the decision of the Singapore National Library Board to remove and pulp three children’s books:And Tango Makes Three, The White Swan Express: A Story About Adoption, and Who’s In My Family: All About Our Families, reportedly over their portrayal of families with same-sex parents and calling for the immediate reversal of the ban and reinstatement of the books to the National Library Board.

The statement argues that:

The removal of these books not only shows disrespect towards the citizens of Singapore, who should be allowed to make their own decisions about what to read, it also goes directly against Article 19 in the Universal Declaration of Human Rights as well as Article 14 of the Constitution of Singapore, which guarantees the right to freedom of speech.  Physically destroying the books harkens back to the Nazi destruction of books about homosexuality, which has been universally condemned.

“Controversy over books about non-conventional families often occurs in the United States as well. However, in every case where a complaint calls for the removal of such books from a library, NCAC reminds public officials that is it not their role to impose one viewpoint on the whole community,” said NCAC Director of Programs Svetlana Mintcheva. “Almost always, the books are kept in the libraries.”Marian Botsford Fraser, Chair of PEN International’s Writers in Prison Committee, added “Censoring and pulping books has never changed anyone’s sexual orientation, but stopping children from learning to respect humanity in all its diversity can have a serious impact on their and other individual’s physical and mental security. This decision is mis-guided and should be overturned.”Celebrating its 40th anniversary, the National Coalition Against Censorship promotes freedom of thought, inquiry, and expression and opposes censorship in all its forms. Our diverse coalition of over 50 national organizations, representing the artistic, educational, religious, and labor communities, join together in the interest of protecting First Amendment rights. Learn more about current campaigns at http://ncac.org.