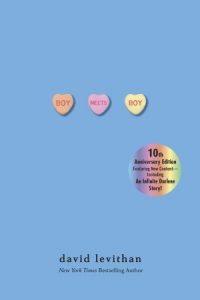 “There is constantly a need for diversity within the representations. It’s just as limiting to say there’s only one kind of gay story, just as it’s limiting to say there’s only one kind of straight one. As for how much being gay is central to the character’s identity or story — as in life that totally depends on who the character is and what he or she is going through. The important thing is for the characters to feel real, and to be given the humanity they are due. That granting of humanity is what separates a full portrait from a stereotype.”

Read more at the Courier-Post ▸▸