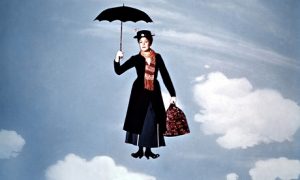 “The resemblance to Travers’ most famous creation, the nanny whose spoonful of sugar made the medicine go down for the Banks children, is no coincidence. Travers goes on to write in the previously unpublished story about the moment she heard of her relative’s death. “I thought to myself, ‘Some day, in spite of her, I shall commit the disrespectful vulgarity of putting Aunt Sass in a book.’ And then it occurred to me that this had already been done, though unconsciously and without intent. We write more than we know we are writing. We do not guess at the roots that made our fruit.”

Read more at The Guardian ▸▸