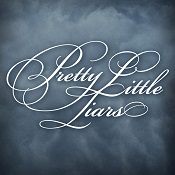 “In its time with the network, Pretty Little Liars has established itself as somewhat of a bar-setter, socially speaking. The show holds the record as the most-tweeted scripted series telecast of all time, according to Nielsen, and ListenFirst Media recently declared it the No. 1 scripted television series on Instagram, based on total followers.”

Altogether, the author has written sixteen novels for this series. HarperTeen plans to publish the conclusion title, Vicious, on December 2, 2014.