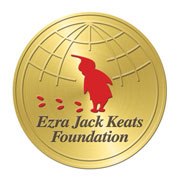 NEW YORK, NY — The Ezra Jack Keats Foundation, in partnership with the New York City Department of Education, announced today the winners of the 28th annual Ezra Jack Keats Bookmaking Competition for grades 3-12. City-wide and borough winning books, honorable mentions and all school-wide winning books will be on exhibit at the Brooklyn Public Library Central Library (at Grand Army Plaza) May 5-23.

“Getting kids excited about reading and writing is critical for their long-term academic success. And I want to congratulate all of the talented student bookmakers who have shown that they understand and appreciate the link between narrative and image,” says Chancellor Carmen Fariña. “We know that teachers are the keys to our students’ success, and I thank all of the teachers and librarians who have supported these young authors and illustrators. And I also want to thank the Ezra Jack Keats Foundation for creating and supporting this program for almost 30 years.”

“All of these talented young writers and illustrators embody Ezra’s legacy, working hard, often for months, to express themselves through their fine and creative books,” says Deborah Pope, Executive Director of the Ezra Jack Keats Foundation. “We hope this award will encourage them to pursue their dreams just as Ezra did.”

“We honor these students whose books are the result of inspired creativity and sustained thoughtful work. These books demonstrate the exemplary teaching and learning that happens every day in our public schools,” says Karen Rosner, Coordinator of Visual Arts, New York City Department of Education, and supervisor of the Ezra Jack Keats Bookmaking initiative. “The exhibition of the winning books at the Brooklyn Public Library shows the talent and the rich diversity that exists in the New York City public schools.”

“We are delighted to showcase the talent of these young writers and illustrators,” says Rachel Payne, Coordinator, Early Childhood Services, Brooklyn Public Library, and one of the judges of the Competition. “This year’s city-wide winners—inspired by a New York Times article on Voyager I, a Serbian poem and even the New York City subway system—combined words with pop-ups, mixed materials and printmaking techniques to create wonderfully compelling books.”

The Contemporary Jewish Museum (CJM), Ezra Jack Keats Foundation, San Francisco Public Library and San Francisco Unified School District (SFUSD) joined together to present the second annual Ezra Jack Keats Bookmaking Competition on the West Coast this year. Participants were invited to an awards ceremony on March 2nd at The CJM, where all entries were showcased. The winning books were also on display at the SFUSD Arts Festival at the Asian Art Museum of San FranciscoMarch 15-23.

In the grades 3-5 category, the city-wide winner is:

The winners say:
Gianluca Pellegrini: “One day, Ping Wen and I were reading The New York Times and saw a story about Voyager I. That’s how we came up with the idea for Journey to the Stars. It was really fun trying to find words that were descriptive and interesting and would work with Ping Wen’s illustrations. My teacher helped me fix any writing mistakes, which is okay because everyone makes mistakes!”

Ping Wen Lin: “The illustrations for our book came before the story. I decided to draw Voyager I with a smile—I thought he’d be a happy spaceship because he was leaving the solar system. I used paint, special papers that my teacher got for me and pencils to do the drawings in the book. Voyager I had so many parts to his body that I’d have to say he was the most challenging part to make. It was fun working with a friend.”

In the grades 6-8 category, the city-wide winner is:

The winners say:
Alex Trinidad: “I had fun making the book with my friend Brian. We both like to draw pictures of transportation and learned a lot about types of transportation in class. One of my favorite pages to draw was the Staten Island Ferry with sharks in the water! I also liked using printmaking. First, we picked a color of ink. Second, we rolled the ink onto the foam plate. Then, we printed the foam plate onto the book page. I am really proud of the book we made together.”

Brian Tzic: “New York City is the first book I ever made! Our art teacher, Ms. Amie, showed us many different kinds of books. I liked the accordion book best because it showed all the pages at once. To make the accordion, we had to fold the pages and glue them together. We drew on Styrofoam plates instead of paper because you can print your drawings in many different colors.  It was fun working on the book with Alex. I am really good at drawing trains and buses and he is good at drawing boats and cars.”

In the grades 9-12 category, the city-wide winner is:

The winner says: “In Praise of Plants: Part V is an excerpt from a poem by the noted Serbian poet Branko Miljkovic—I discovered an English translation of it on a field trip that my poetry class took to a Poetry Center. I was moved by the images and colorful descriptions. I decided to interpret the poem artistically which resulted in many elaborate pop-ups that I created, painstakingly, with an X-acto knife and mixed media. But the effort was worth it!”

For a complete list of city-wide and borough winners, visit 2014 Bookmaking Competition Winners at the Ezra Jack Keats Foundation website.

The annual Bookmaking Competition begins each fall. Public school students are invited to come up with an intriguing theme, create engaging text, and integrate illustrations using a range of media. Expressive writing and artwork are encouraged.

The process is integrated into classroom instruction with a strong emphasis on the study of picture books. Student books are created under the supervision of a teacher and/or librarian.

The judging panel, which is comprised of New York-based librarians, artists and teachers, focuses on the quality of writing, illustrations and presentation. This year’s panel of judges includes:

Founded by the late Caldecott award-winning children’s book author and illustrator Ezra Jack Keats, the Ezra Jack Keats Foundation fosters children’s love of reading and creative expression by supporting arts and literacy programs in public schools and libraries; cultivating new writers and illustrators of exceptional picture books that reflect the experience of childhood in our diverse culture; and protecting and promoting the work of Keats, the preeminent author-illustrator whose bookThe Snowy Day broke the color barrier in mainstream children’s publishing.  Keats. Imagination. Diversity.