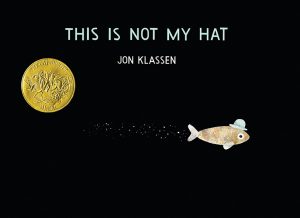 SOMERVILLE, MA – April 10, 2014 –Two and a half years after Jon Klassen made his author-illustrator debut, his picture books – the #1 New York Times bestseller ‘I Want My Hat Back’ and the Caldecott Medal-winner ‘This Is Not My Hat’ – have hit 1 million copies in print combined worldwide.

I Want My Hat Back was published in September 2011 to instant acclaim. Called, “a marvelous book in the true dictionary sense of ‘marvel’” and “a charmingly wicked little book” by the New York Times Book Review, “stylishly deadpan” by the Wall Street Journal, and a “charmer” by People Magazine, it went on to become a #1 New York Times bestseller, spending 48 weeks on the best seller list. I Want My Hat Back was named a Theodor Seuss Geisel Honor Book, a New York Times Book Review Best Illustrated Children’s Book of the Year, a Publishers Weekly Best Children’s Book of the Year, and the winner of the E. B. White Read-Aloud Award in the picture book category. It also received numerous other awards and praise from outlets such as NPR Weekend Edition and The Martha Stewart Show. 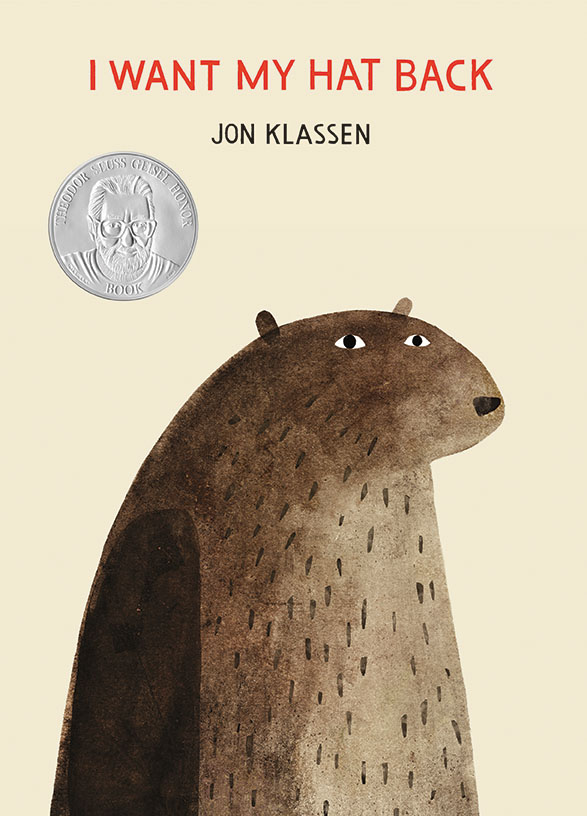 One year later, Jon Klassen followed-up thisimpressive debut with This Is NotMyHat, published in October 2012. Winner of the Caldecott Medal, This Is Not My Hat spent 43 weeks on the New York Times bestseller list, was designated a New York Times Notable Children’s Book, received six starred reviews, and was named to Best of the Year lists by Publishers Weekly, Amazon.com, School Library Journal, and Apartment Therapy, among many other awards.

Edited by editorial director Liz Bicknell and designed by art director Ann Stott, I Want My Hat Back and This Is Not My Hat have won fans of all ages – as the New York Times said of I Want My Hat Back, it’s “the kind of book that makes child laugh and adult chuckle, and both smile in appreciation” – and all around the globe. The books have been translated into a combined 22 languages, including Hebrew, Japanese, and Tetun.

“Whether you are on Team Rabbit or Team Bear, injustice is one of childhood’s Big Topics,” says Editorial Director and Associate Publisher Liz Bicknell. “I love to think about how Jon’s books have inspired laughter and moral debate the world over.”

“We are thrilled that sales of Jon Klassen’s picture books continue at such a strong pace and are gratified to celebrate this landmark with him,” says John Mendelson, SVP and Sales Director, Candlewick Press.” The extraordinary support the books have received from booksellers and readers is a testament to Jon Klassen’s immeasurable talent, as he continues to win new fans every day.”

In addition to his books I Want My Hat Back and This Is Not My Hat, Jon Klassen is the illustrator of Sam and Dave Dig a Hole by Mac Barnett (the same duo behind the New York Times bestselling picture book Extra Yarn), coming from Candlewick Press in October 2014.  Jon Klassen also illustrated House Held Up By Trees by Pulitzer Prize-winning poet Ted Kooser (published by Candlewick Press); Cats’ Night Out by Caroline Stutson, which won the Governor General’s Award; The Dark by Lemony Snicket; and The Incorrigible Children of Ashton Place series by Maryrose Wood. Jon Klassen has also worked as an illustrator for feature animated films, music videos, and editorial pieces. Originally from Niagara Falls, Ontario, Jon Klassen now lives in Los Angeles.

ABOUT CANDLEWICK PRESS
Candlewick Press is an independent, employee-owned publisher based in Somerville, Massachusetts. For over twenty years, Candlewick has published outstanding children’s books for readers of all ages, including books by award-winning authors and illustrators such as the National Ambassador for Children’s Literature, Kate DiCamillo, M. T. Anderson, Jon Klassen, and Laura Amy Schlitz; the widely acclaimed Judy Moody, Mercy Watson, and ’Ology series; and favorites such as Guess How Much I Love You, Where’s Waldo?, and Maisy. Candlewick is part of the Walker Books Group, together with Walker Books UK in London and Walker Books Australia, based in Sydney and Auckland. Visit Candlewick online at www.candlewick.com.