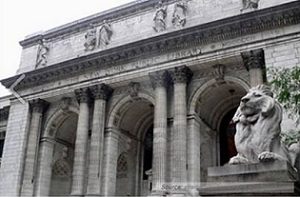 CHICAGO, IL — Libraries continue to transform to meet society’s changing needs, and more than 90 percent of the respondents in an independent national survey said that libraries are important to the community.

But school libraries continue to feel the combined pressures of recession-driven financial tightening and federal neglect, according to data from the National Center for Education Statistics, and school libraries in some districts and some states still face elimination or de-professionalization of their programs.

These and other library trends of the past year are detailed in the American Library Association’s 2014 State of America’s Libraries report, released today during National Library Week, April 13– 19.

Ninety-six percent of the Americans responding to the Pew survey agreed that public libraries are important because they provide tech resources and access to materials, and the same number found libraries valuable because they promote literacy and a love of reading.

The ALA is on the forefront of efforts to shore up support for school libraries.

“On one hand, budget and testing pressures have led to decisions to eliminate or de-professionalize school libraries,” said Barbara K. Stripling, ALA president. “On the other hand, the increased emphasis on college and career readiness and the integration of technology have opened an unprecedented door to school librarian leadership.”

Stripling and the ALA are undertaking an advocacy campaign for school libraries that sets goals in five critical areas: literacy, inquiry, social and emotional growth, creativity and imagination, and thoughtful use of technology. The task for school librarians, Stripling said, is to fulfill the dream that every school across the country will have an effective school library program.

On another front, Banned Books Week, sponsored by the ALA and other organizations, highlights the benefits of free access to information and the perils of censorship by spotlighting the actual or attempted banning of books.

A perennial highlight of Banned Books Week is the Top Ten List of Frequently Challenged Books, compiled annually by the ALA Office for Intellectual Freedom (OIF). The OIF collects reports on book challenges from librarians, teachers, concerned individuals and press reports. A challenge is defined as a formal, written complaint filed with a library or school requesting that a book or other material be restricted or removed because of its content or appropriateness. In 2013, the OIF received hundreds of reports on attempts to remove or restrict materials from school curricula and library bookshelves.

The ALA is leading a broad effort to guide libraries and librarians through a process of transformation that deals not just with quantitative change — doing more, for instance — but with qualitative change.

“As communities have changed, so has the relationship of the library to the community,” Fiels said. “The traditional library was a passive provider, reacting to community needs. The library opened its doors, and people came in to use its materials and services.

“Today, the library must be proactive; it must engage its community. . . . Increasingly, libraries are serving as conveners, bringing community members together to articulate their aspirations and then innovating in order to become active partners and a driving force in community development and community change.”

Libraries witnessed a number of developments in 2013 in the area of ebooks and copyright issues. Ebooks continue to make gains among reading Americans, according to another Pew survey, but few readers have completely replaced print with digital editions — and the advent of digital reading brings with it a continuing tangle of legal issues involving publishers and libraries.

“Print remains the foundation of Americans’ reading habits,” the Pew researchers found. Most people who read ebooks also read print books, they reported, and only 4 percent of readers described themselves as “ebook only.”

After years of conflict between publishers and libraries, 2013 ended with all the major U.S. publishers participating in the library ebook market, though important challenges, such as availability and prices, remain.

In November 2013, after eight years of litigation, a federal court upheld the fair use doctrine when it dismissed Authors Guild v. Google, et al., a case that questioned the legality of Google’s searchable database of more than 20 million books. In his decision, the judge referenced an amicus brief co-authored by the ALA that enumerated the public benefits of Google Book Search. The Authors Guild has filed an appeal.

Other key trends detailed in the 2014 State of America’s Libraries Report:

The full text of the 2014 State of America’s Libraries report is available at http://www.ala.org/news/state-americas-libraries-report-2014.