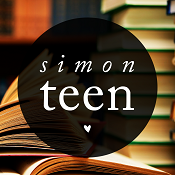 New York, New York, March 11th — Simon & Schuster Books for Young Readers is thrilled to publish SOME ASSEMBLY REQUIRED: THE NOT SO SECRET LIFE OF A TRANSGENDER TEEN by eighteen-year-old Arin Andrews and RETHINKING NORMAL: A MEMOIR IN TRANSITION by nineteen-year-old Katie Rain Hill on September 30, 2014.

The then-couple received national attention when they were featured on 20/20 in July 2013, which detailed how Andrews and Hill supported each other through their transitions and ultimately fell in love. The clip immediately went viral and the Oklahoma teens have since been covered in numerous national and international media outlets. They are currently featured in the Barneys campaign “Brothers, Sisters, Sons & Daughters” shot by Bruce Weber and starring transgender models.

Senior editor Christian Trimmer acquired world rights for each book and will edit them.

“Though the original idea was for Arin and Katie to write a shared memoir that focused on their relationship,” said Trimmer, “it quickly became clear that the world needed to hear their individual stories.  They are two of the brightest, warmest, and most compassionate people I’ve ever met.”

Both books are true coming-of-age stories, and each will focus on the respective teen’s individual upbringing and personal transformation.

In SOME ASSEMBLY REQUIRED: THE NOT-SO-SECRET LIFE OF A TRANSGENDER TEEN, Arin Andrews details the journey that led him to make the life-changing decision to undergo gender reassignment as a high school junior. Told in his captivatingly witty voice, Arin reveals the challenges he faced as a girl, the humiliation and anger he felt after getting kicked out of his private school, and all the changes—both mental and physical—he experienced once his transition began. Arin also writes about the thrill of meeting and dating Katie, and the heartache that followed after they broke up.

“I can’t express enough how excited I am to share my journey with world,” said Andrews. “It gives me an opportunity to open the hearts and minds of those that just don’t understand and inspire those that do. It’s a story of acceptance, love, triumph, and standing up when you’ve been knocked down.”

Katie Rain Hill never felt comfortable in her own skin. Suffocating under her peers’ bullying, Katie tried to take her life at the age of seven, the first of several failed suicide attempts. In RETHINKING NORMAL: A MEMOIR IN TRANSITION, Hill reflects on her pain-filled childhood and her decision to undergo gender reassignment, all with an unwaveringly honest voice. Now a sophomore in college, she shares what it was like to navigate the dating world for the first time in a body that matched her gender identity, reveals the unique challenges she faced while unlearning how to be a boy, and dares all of us to reexamine our definition of “normal.”

“I don’t want this book to just appeal to transgendered people or their allies,” said Hill. “I want all kinds of people to read it and to find some way to relate to it. I want people to understand that there really is no such thing as ‘normal.’”

“Arin and Katie have both been so open and generous with their stories,” said Justin Chanda, Vice President and Publisher of Simon and Schuster Books for Young Readers. “The result is two memoirs that are nothing short of inspirational.”