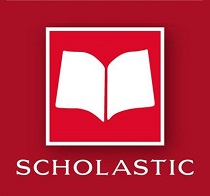 Revenue in the second quarter was $623.2 million, compared to $613.5 million a year ago. The Company reported second quarter earnings per diluted share from continuing operations of $1.80, versus $1.91 in the prior year period. Results for the second quarter of the current fiscal year include one-time expenses of $0.35 per diluted share, which include an impairment charge of $13.4 million, related to goodwill from legacy acquisitions previously made in the Children’s Book Publishing and Distribution segment, and $5.5 million of one-time expenses related to cost reduction and restructuring programs. Consolidated earnings per diluted share was $1.80 in the quarter, compared to earnings of $1.89 a year ago.

Second quarter results were largely driven by profit improvement in children’s books; continued robust performance of Scholastic’s new educational technology programs, which were successfully launched over the summer; favorable results in classroom book collections and guided reading initiatives; and growing circulation of the Company’s classroom magazines. These results were partially offset by the performance of the International segment where the impact of fluctuations in foreign currency exchange rates more than offset the effect of double-digit revenue growth in Asia.

“Scholastic had a very strong second quarter, driven by profit improvement in each part of our children’s book business and excellent educational technology program sales. These operating results were offset by a one-time, non-cash charge related to acquisitions made more than 10 years ago,” commented Richard Robinson, Chairman, President and Chief Executive Officer. “Scholastic continues to be a critical source for books that support children’s independent reading in school and at home. In Trade, excitement for the Catching Fire film sparked an increase in The Hunger Games trilogy book and ebook sales following its release in November. Our multi-platform series, SPIRIT ANIMALS™, also did very well in the quarter, as did franchise titles such as Harry Potter. The emphasis on reading in the classroom has never been stronger, and demand for books through our school channels remains vigorous in the Common Core era. Our new collaborative marketing efforts in children’s book clubs and fairs enable us to provide books to teachers, parents and children through our school channels in a more streamlined, profitable manner.”

Mr. Robinson continued, “Strong demand for each of our new educational programs and our classroom book collections, magazines and other materials drove double-digit revenue and operating income growth in our Educational Technology and Services and Classroom and Supplemental Materials Publishing segments. During the quarter, we combined the operations of these groups, which enhances our ability to support schools and districts with total solutions as new technologies and new standards are being implemented. As a result of the combination, each of our field reps can offer a significantly expanded suite of programs and services that will deepen our partnerships with schools by helping to raise reading and math achievement. Customers are responding strongly to our new MATH 180™ program, which enables struggling middle school students to improve their math skills. The increasingly significant role of our classroom magazines in English Language Arts skill development is demonstrated in our growing circulation, which is now over 12.6 million. We are excited about our competitive position and our unique ability to equip teachers and parents with the tools and materials, combining both print and digital, that help children reach the new Common Core standards, while nurturing a love for learning and reading.”

Scholastic affirmed its fiscal 2014 outlook for total revenue of approximately $1.8 billion and earnings per diluted share from continuing operations in the range of $1.40 to $1.80, before the impact of one-time items associated with cost reduction programs or non-cash, non-operating items. The Company continues to expect free cash flow in the range of $60 to $80 million.

Children’s Book Publishing and Distribution. Segment revenue in the second quarter was $352.1 million, compared to $347.4 million in the prior year period. In Trade, sales of core backlist titles including The Hunger Games and Harry Potter and the recently released multi-platform SPIRIT ANIMALS drove a 3% increase in revenues. In School Book Fairs, revenue increased by 3%, reflecting higher revenue per fair compared to the prior year period. In School Book Clubs, operating profit improved on a modest revenue decline of approximately 3% as a result of significantly lower selling, general & administrative expenses compared to the prior year period. Overall segment operating income was $68.9 million, which included a pretax impairment charge of $13.4 million relating to goodwill from legacy acquisitions, compared to $69.4 million in the prior year period. Excluding this one-time charge, operating income increased by $12.9 million, or 19%, due to profit improvements in each division that were the result of higher sales in Trade and Fairs and greater efficiency in Clubs marketing.

Classroom and Supplemental Materials Publishing. Segment revenue in the quarter increased 11% to $59.1 million, compared to $53.2 million in the prior year period, as a result of higher sales of guided reading and other classroom book collections and higher circulation in classroom magazines. Segment operating income was $10.7 million, versus $7.4 million in the prior year period, an increase of 45%, primarily due to a sales increase in higher margin classroom books and magazines.

Media, Licensing and Advertising. Segment revenue in the quarter was $15.5 million, compared to $17.0 million in the prior year period, as a result of lower interactive sales, partially offset by an increase in Consumer Magazines revenue. Segment operating loss was $0.4 million, compared to operating income of $2.0 million in the prior period, largely as a result of lower revenues.

Other Financial Results. Corporate overhead in the second quarter was $8.1 million, excluding one-time items of $5.5 million relating to domestic severance and restructuring expenses, compared to $6.8 million in the prior year period. To date during fiscal 2014, the Company has spent approximately $6.2 million on share repurchases and has approximately $13.4 million remaining under its previous share repurchase authorization.

As previously announced, the Company’s Board of Directors declared a quarterly cash dividend of $0.15 per share on the Company’s Class A and Common Stock for the third quarter of fiscal 2014. The dividend is payable on March 17, 2014 to shareholders of record as of the close of business on January 31, 2014.

The Company reported today in a filing on Form 8-K that it has agreed to purchase its headquarters property at 555 Broadway in New York City, pursuant to a right of first offer under its master lease agreement, for a price of $255 million. The transaction is expected to close prior to the end of its current fiscal year. The Company determined that converting its lease obligation into an owned asset should provide a number of benefits, including enhanced free cash flow and, with complete ownership of its headquarters at 557 and 555 Broadway, the ability to monetize portions of its headquarters space.

For the first half of fiscal 2014, revenue was $899.5 million, compared to $906.9 million in the prior year period. Earnings per diluted share from continuing operations in the first half of the fiscal year was $0.87, compared to $0.95 a year ago, including one-time charges of $0.39 in the current period. These results are mainly attributable to Hunger Games trilogy sales in print, digital, and audio formats in the U.S. and major international markets, including Canada, Australia and the UK, that were strong, but lower than the exceptional sales in the same period last year. This was partially offset by higher sales of educational technology products and classroom books and magazines. The Company reported consolidated earnings per diluted share in the first half of fiscal 2014 of $0.88, compared to $0.91 a year ago. On a year-to-date basis, the Company generated free cash flow of $35.6 million, compared to $64.4 million in the previous year.

Scholastic Corporation (NASDAQ: SCHL) is the world’s largest publisher and distributor of children’s books and a leader in educational technology and related services and children’s media. Scholastic creates quality books, print and technology-based learning materials and programs, magazines, multi-media and other products that help children learn both at school and at home. The Company distributes its products and services worldwide through a variety of channels, including school-based book clubs and book fairs, retail stores, schools, libraries, on-air, and online at www.scholastic.com.

This news release contains certain forward-looking statements. Such forward-looking statements are subject to various risks and uncertainties, including the conditions of the children’s book and educational materials markets and acceptance of the Company’s products within those markets, and other risks and factors identified from time to time in the Company’s filings with the Securities and Exchange Commission. Actual results could differ materially from those currently anticipated.