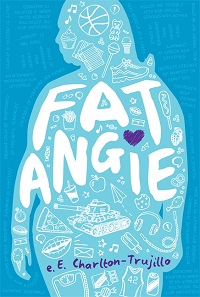 Other children’s books authors, including Ellen Hopkins, Kathryn Erskine, and A.S. King, helped by sitting for interviews. All of the film footage will be used for a documentary project. Since concluding this unconventional book tour, the organization has established its core mission — to spark “a creative revolution to empower at-risk youth” — and the official Never Counted Out website has been launched.

In an interview with MTV, Charlton-Trujillo explained the genesis behind this project. She wondered, “What if I did a different kind of book tour? What if the focus was on the kids Fat Angie was written for? So I gave up my loft, put my small production company on hiatus, rented a Ford Focus and drove over 7,500 miles. From Cincinnati across America, I workshopped with at-risk youth, at no cost to the programs. It was important to me to talk about how the kids and I could make things better now. The commentary I get is, ‘Nothing makes it better.’ So the point of the workshop is to empower them now, in that moment, to have their voice and have access to creativity, so they can feel that something is changing and someone is listening.”