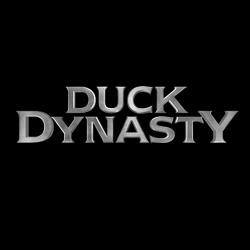 “The Robertsons have made a real connection with book lovers everywhere,” said Justin Chanda. “The same will absolutely be true of picture book fans. They’ve come up with a book for their youngest audience that’s full of fun, heart, and, of course, BEARDS!”

Everything’s Better with a Beard, a rhyming photographic picture book, will feature the bearded Robertson men explaining that whether it’s a dog or a truck, a tree or a duck, everything’s better when it has a beard.

“Kay has set up a special section in their house for all the grandchildren that is filled with children’s books. We’re proud to now have books with our names on them to add to the collection, and we’re happy to promote beards any time we get a chance,” said Duck Commander CEO Willie Robertson.

The sidesplitting Robertsons are successful not only on camera but also in print. Howard Books, an adult imprint of Simon & Schuster, has a total of seven titles with the family. These titles include The Duck Commander Family(October 2012); Happy, Happy, Happy (May 2013); Si-cology 1 (September 2013); The Duck Commander Devotional (October 2013); Miss Kay’s Duck Commander Kitchen (November 2013); Good Call (tentatively scheduled for May 2014); and The Women of Duck Commander (tentatively scheduled for April 2014). All of the titles have nested comfortably on the New York Times bestsellers list and continue to soar with over five million copies in print!