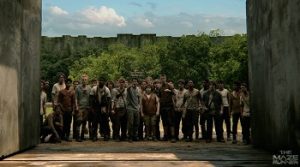 Dylan O’Brien, one of the actors on the cast, shared these thoughts about the postponement: “I mean, we wrapped in July, and having it release in February, a big action and visual effects dystopian movie, would be kind of insane. So I think it’s great that we’re going to be able to take the time now to make it as good as it can be. The best version of the film it can be.”