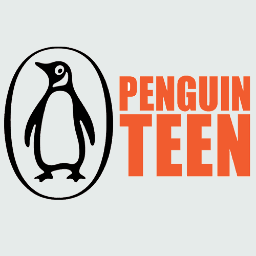 Shahbazian, who writes under the pen name Walter Jury, and Fine, who is writing under the pen name S.E. Fine, wrote SCAN and its 2015 sequel, BURN, after being introduced by agents Joanna Volpe & Kathleen Ortiz of New Leaf Literary & Media.  Editor Stacey Barney is shepherding the novels for Putnam.

SCAN, also tonally reminiscent of I AM NUMBER FOUR, is a grounded, high-action YA thriller about a 16-year-old boy who has been prepared his whole life for “something important,” only to discover it means he’s one of the last humans left on Earth.  After taking his father’s secret invention, a wand scanner, to school, all sorts of chaos breaks loose as numerous government agencies chase him and his girlfriend for what turns out to be the key to a potential interplanetary conflict. The novels have already been picked up for translation in Germany and Brazil.

New York-based manager/producer Shahbazian is the head of film & TV for New Leaf Literary & Media.  Focused on book-to-film representation and adaptations, he produced, with Red Wagon Entertainment, DIVERGENT, set for release by Summit Entertainment on March 21, 2014.  As a producer, he also has a number of projects in development at major studios including the upcoming Macmillan lead title, RUNNER, by New York Times-bestselling author Patrick Lee, which is set up at Warner Bros with Justin Lin attached to direct, Michael De Luca and Elaine Chin producing and Adam Cozad adapting; New York Times-bestseller SHADOW & BONE by Leigh Bardugo, at Dreamworks with Heyday Films producing and Chris Kyle adapting; and upcoming Harper Children’s anticipated title RED QUEEN by Victoria Aveyard, which is set up at Universal with Benderspink producing.

Fine is a clinical psychologist and the author of the dark urban fantasy YA series, GUARDS OF THE SHADOWLANDS, with book 2, FRACTURED, to publish on October 29th from Skyscape, as well as the upcoming haunting YA gothic, OF METAL AND WISHES, coming August 2014 from McElderry Books with Simon & Schuster.