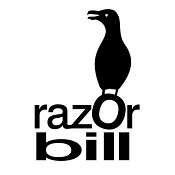 Razorbill, an imprint of Penguin Young Readers Group, has tapped Teen Vogue to help launch the six installments of Jessa Holbrook’s YA novel WHILE YOU’RE AWAY. The first part of the serialized digital publication will be available on October 15, with new installments published every Tuesdayafterwards. Together with Teen Vogue, Razorbill will create an on-going digital and social conversation around each installment for the full six weeks by hosting digital conversations weekly on various platforms (including Facebook, Google+, and Twitter). Tune in using the hashtag #whileyoureaway. While You’re Away is Penguin Young Readers Group’s first serialized digital publication. The full book will be available in print in summer 2014.

Caroline Donofrio, Editor, Razorbill, said “While You’re Away is a story that begged to be told in a new and different way. Filled with cliffhangers, steamy scenes, and plenty of emotional twists, it was a natural fit for our first serialized, digital publication. We’re incredibly excited to be publishing a novel for young people in this innovative format. Teen Vogue continually defines the best of what’s new in teen fashion, style, and culture, and is the perfect partner for this groundbreaking project. We couldn’t be more thrilled to have them on board.”

In While You’re Away Sarah and Will knew they had something special from the moment they laid eyes on each other. There’s only one problem — each of them already has a significant other. What starts out as an innocent flirtation quickly becomes more serious until their passion cannot be denied. They decide to give it a go, making their relationship official. But now they’ll face another challenge: Will’s leaving for college at the end of the summer, while Sarah will remain behind. Can their love weather the distance?

Jessa Holbrook comes from a very small town that happened to have a very big library. When she was six, she decided to read her way from one end to the other. More than a few years later, she’s still working on it. She’s so in love with books that she also made them her career—and she admits, she cheats on the book she’s reading in the bedroom with the novel she left in the basement. Neither of them know about the clandestine affair she’s enjoying with the tome hiding in her kitchen cupboard.