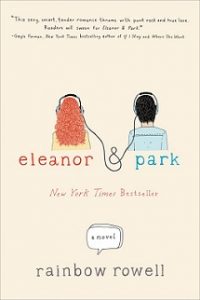 KRRP, founded by the National Coalition Against Censorship and the American Booksellers Foundation for Free Expression, defends the freedom to read in schools and libraries nationwide. KRRP is sponsored in part by the Comic Book Legal Defense Fund and the Association of American Publishers.

Last week, the Randolph County Board of Education in North Carolina voted against the recommendation of its review committee to ban the use of Ralph Ellison’s Invisible Man (1952). KRRP has worked on more than twelve censorship cases in the last 6 weeks alone. Currently cases include a controversy surrounding the use of Toni Morrison’s The Bluest Eye in classrooms around the country and the attempt to remove Tanya Lee Stone’s A Bad Boy Can Be Good For a Girl from school libraries in Currituck County, North Carolina.

To learn more about KRRP, on-going cases and a “Banned Books Myths” one-sheet, visit ncac.org. Banned Books Week, the only national celebration of the freedom to read, is held during the last week of September. The campaign was founded in 1982 by Judith Krug, director of the American Library Association’s Office for Intellectual Freedom, and is sponsored by ALA, ABFFE, NCAC and other national organizations that defend free speech. Visitwww.bannedbooksweek.org for more information

The National Coalition Against Censorship promotes freedom of thought, inquiry, and expression and opposes censorship in all its forms. Our diverse coalition of over 50 national organizations, representing the artistic, educational, religious, and labor communities, join together in the interest of protecting First Amendment rights. Learn more about current campaigns at http://ncac.org