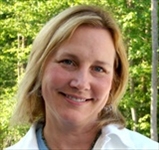 The author conceived of the idea for this book after her son shared a Wikipedia article with her. From there, she wrote and submitted a three-sentence proposal to her literary agent.

“Tara Weikum, v-p and editorial director of HarperCollins Children’s Books, acquired North American rights to the three books in a deal brokered by Elena Giovinazzo of Pippin Properties. The agent, who has represented Applegate for a year and a half, was as intrigued as the author was when she read the definition of ‘endling,’ which appears on Wikipedia: ‘One of the proposed names for an individual animal that is the last of its species or subspecies.'”