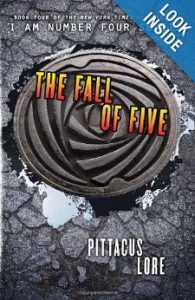 “Speaking of The Fall of Five, which was published by HarperCollins on Aug. 27, Jeff Costello, v-p of CoverCake, said, ‘This book just kept picking up momentum all month as the release date approached. It had more than twice as many comments as its nearest competitor in the last week of the month.'”