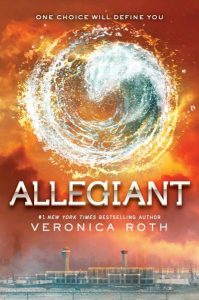 “So: why two POVs? Well, I tried repeatedly to write Allegiant in just Tris’s voice, but it didn’t work; her perspective, her way of seeing things, was a little too limited for the story I needed to tell. I wanted to do two things with it: A. let two characters experience different things, and B. let them react differently to the same things, so that I (and eventually, the reader) would get a better sense of the whole story, the whole picture.”