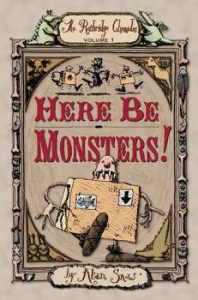 This graphic novel for middle-grade readers was originally published in the UK back in 2005. American readers gained access to it when Atheneum Books for Young Readers, an imprint of Simon & Schuster Children’s Publishing, released it in 2006