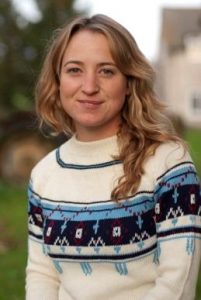 New York, NY – Atheneum Books for Young Readers, an imprint of Simon & Schuster Children’s Publishing, announced today plans to publish Infinite Sky, a story that asks if it is possible to keep loving somebody when they kill someone you love, by debut novelist Chelsey “C.J.” Flood. The agreement was negotiated by Namrata Tripathi, Executive Editor of Atheneum Books for Young Readers, and Catherine Drayton of InkWell Management on behalf of Catherine Clarke at Felicity Bryan.  Simon & Schuster also acquired the audio and foreign rights. The book will be edited by Namrata Tripathi and will go on sale in May 2014.

Chelsey Flood received her master’s in creative writing from the University of East Anglia in 2010. She has since won several awards for her writing, including the Curtis Brown Award, and also received funding from the Arts Council England to complete Infinite Sky.

In Infinite Sky, thirteen-year-old Iris has recently been abandoned by her mother, and is left with only her father and her older brother, Sam, to call family. Two months after her mother’s departure, Iris watches a family of gypsies set up an illegal camp in the paddock by her house.  The gypsy boy, Trick, is restless and warm and full of life—he’ll settle when he’s in his grave, he tells Iris—and she feels as though she understands him completely.

But even as Iris’s secret friendship with Trick blooms into something more, tensions run high between their families.  Iris’s father is bent on the travelers’ eviction, and her beloved brother Sam is impulsive, lost, and headed for trouble.  But Trick might not be everything he seems, and as Iris struggles to find where her loyalties lie, all of the prejudice, vulnerability, and anger that surrounds her collides in an unspeakable tragedy.

The Guardian (UK) hails Infinite Sky as “A story assured enough and tough enough to be itself, exhilaratingly uninterested in such niceties as neat conclusions.” And The Telegraph calls it “an impressive and powerful debut.”

“Infinite Sky has so much of what I look for in a novel as a reader and an editor: memorable characters, a strong sense of place, complicated relationships that feel totally real in all their dysfunction, a love story that captures the truth of being young and tentative and open to the world, and an intimate family portrait that through tiny, everyday details captures universal, human emotions.” said Namrata Tripathi, Executive Editor of Atheneum. “We strive to publish sophisticated, complex, and sometimes heartbreaking coming-of-age novels, and the entire acquisitions team knew this extraordinary work would be right at home on the Atheneum list.”

“Infinite Sky left us breathless,” said Justin Chanda, VP and Publisher of Atheneum. “C.J. Flood is a literary force. She’s taking the UK by storm already, but I have no doubt readers on this side of the pond are going to fall in love with her lush, beautiful, and daring work.”

Chelsey Flood is “incredibly excited to be working with Namrata and the rest of the team at Atheneum. Some of my favourite books have been published by this imprint, and I am beyond delighted that Infinite Sky has found a home alongside them.”