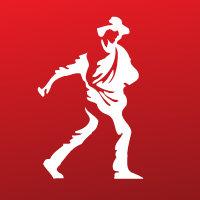 LONDON and NEW YORK—Simon and Schuster Children’s Books today announced a worldwide publication agreement with Ringo Starr for a picture book edition of his famous Beatles hit, Octopus’s Garden, 45 years after the song was first written. The book will be published as a stunning hardback edition plus CD, with audio content to include an original, previously un-heard music track from Ringo and a reading of the story.

Ringo Starr first composed Octopus’s Garden in 1968, when holidaying in Sardinia on Peter Sellers’ yacht. The boat’s captain, having offered Ringo an octopus lunch (which he turned down), explained how octopuses trawl the sea bed for shiny stones and objects to put in front of their caves, like something of a garden, and so inspired the lyrics for the song which first appeared on the Abbey Road album in 1969.

Ben Cort, the illustrator of Aliens Love Underpants and a life-long Beatles fan, has been signed up to illustrate the book. Cort made his name with the hugely successful Underpants series written by Claire Freedman, which has sold over a million copies across 19 languages.

Ringo Starr gave the following message for fans: “It gives me great pleasure to collaborate with Ben Cort and Simon & Schuster for the further adventures of Octopus’s Garden. Peace and Love, Ringo.”

Ingrid Selberg, Children’s Publisher at Simon and Schuster UK said, “As an original Beatles fan, publishing this book is a dream come true for me. By bringing Ben Cort on board we have arranged the perfect marriage of a truly child-friendly text, based on Ringo’s popular song, with illustrations that revel in the imaginative opportunities presented by the lyrics. This is a beautiful and funny book that children, parents and grandparents will love sharing.”

Jon Anderson, President, Publisher of Simon & Schuster Children’s Books said, “It’s an honor to publish such a music legend. The pairing of Ringo’s whimsical lyrics with Ben’s charmingillustrations is a perfect fit. We’re happy to bring the magic of this song to a whole new generation of readers.”

Ingrid Selberg acquired World Rights from Alex Ianev, New Business Development Manager at Universal Music Publishing. Octopus’s Garden will be published in the UK on October 24th as hardback and CD, followed by a paperback edition in 2014. North American publication is scheduled for January 2014.

Since beginning his career with The Beatles in the 1960s, Ringo Starr has been one of the world’s brightest musical luminaries. He has enjoyed a successful and dynamic solo career as a singer, songwriter and drummer, an active musical collaborator, and as an actor. Drawing inspiration from classic blues, soul, country, honky-tonk and rock ‘n’ roll, Ringo continues to play an important role in modern music with his solo recording and touring.