The ABC of It: Why Children’s Books Matter 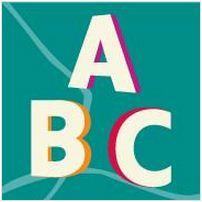 The ABC of It is an examination of why children’s books are important: what and how do they teach children, and what do they reveal about the societies that produced them? Through a dynamic array of objects and activities, the exhibition celebrates the extraordinary richness, artistry, and diversity of children’s literature across cultures and time.

Our first books stir and shape us as few books ever again can. Goodnight Moon! Alice in Wonderland! A Wrinkle in Time! For three centuries and more, books made especially with the young in mind have served as indispensible gateways to literature, art, and knowledge of the world. Viewed historically and across cultures, the sheer number and variety of such volumes is apt to amaze. If, however, as adults we find that our own childhood favorites remain as thrilling or funny or heart-stoppingly beautiful as ever we should not be surprised. As W. H. Auden wisely observed: “There are no good books which are only for children.”

Today’s brightly packaged, increasingly globalized books for young people have complex roots in world folklore, Enlightenment philosophy, nationalist fervor, and the pictorial narrative traditions of Asian and Western art, among other sources. Collectively, they form a vivid record of literate society’s changing hopes and dreams, and of the never-ending challenge of communicating with young readers in the most compelling possible way.

The ABC of It draws on collections across the Library to present the literature for children and teens against a sweeping backdrop of history, the arts, popular culture, and technological change. The books and related objects on view reveal hidden historical contexts and connections and invite second looks and fresh discoveries. They suggest that books for young people have stories to tell us about ourselves, and are rarely as simple as they seem.

Support for The New York Public Library’s Exhibitions Program has been provided by Celeste Bartos, Sue and Edgar Wachenheim III, Mahnaz Ispahani Bartos and Adam Bartos Exhibitions Fund, and Jonathan Altman. Additional support for this exhibition has been provided by the Bertha and Isaac Liberman Foundation, Inc., in memory of Ruth and Seymour Klein.

About the curator: Leonard S. Marcus has curated exhibitions on children’s books and their illustration at the Eric Carle Museum of Picture Book Art, where he is also a founding trustee; New School for Social Research; Vassar College Library; the Boston Athenaeum; Enoch Pratt Free Library; Joslyn Art Museum (Omaha); Katonah Museum of Art; and the Meridian International Center (Washington, DC). His books about children’s literature and the authors and artists who create them include: Show Me a Story!; The Annotated Phantom Tollbooth; Funny Business; Golden Legacy: How Golden Books Won Children’s Hearts, Changed Publishing Forever, and Became an American Icon Along the Way; Minders of Make-Believe; Margaret Wise Brown: Awakened by the Moon; Dear Genius: The Letters of Ursula Nordstrom; A Caldecott Celebration; Side by Side; Pass It Down; Storied City; and The Wand in the Word. His incisive book reviews appeared in every issue of Parenting magazine for 21 years.