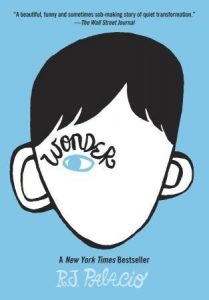 “The novel has been on the New York Times Bestseller list since its publication in February 2012. Thorne is a BAFTA-winning screenwriter and playwright, whose credits include The Scouting Book For Boys, A Long Way Down, Blood Red Road, Mortimer Green, and the UK TV shows This Is England and Skins.”

Palacio’s debut novel has received highly positive reviews and earned several awards. Currently, the author is nominated in the “Author of the Year” category for the 2013 Children’s Choice Book Awards. The winners will be unveiled at the gala event on May 13, 2013.