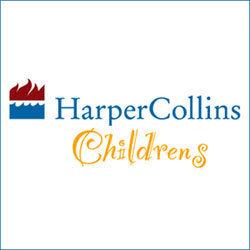 New York and London (April 4, 2013)—Following a hotly contested auction at this year’s Bologna Book Fair, HarperCollins Publishers announced that it has acquired world-English language rights for the DARKMOUTH series by Shane Hegarty, Arts Editor for the Irish Times.

In this monster-hunting, debut middle-grade fantasy series, DARKMOUTH, humans and monsters—properly called Legends—live in separate worlds.  And it is the Legend Hunters who work to keep the population safe.  Our hero Finn is the son of the last remaining Legend Hunter.  In a society where Legend Hunting skills are passed down through generations, Finn is slated to carry on that tradition. Ironically, Finn proves unskilled and the fate of the world rests with him.

“Shane Hegarty is a smashing new talent,” says Phoebe Yeh.  “From the moment I started reading DARKMOUTH, I was captivated by his superb storytelling and his irrepressible Legend Hunters.  We are delighted to introduce Shane to tween readers in North America.”

Commenting on the acquisition, Nick Lake says “Shane is the Real Thing. His warm, witty, wonderful voice caused a frenzy of excitement for everyone in the offices last week and I’m thrilled that we’ll be publishing this hilarious and distinctive new writer.”