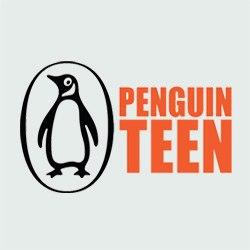 New York, NY (March 28, 2013) – Penguin Young Readers Group is pleased to announce the publication of THIS STAR WON’T GO OUT: THE LIFE AND WORDS OF ESTHER GRACE EARL, a collection of the journals, fiction, letters, and sketches of the late Esther Grace Earl, who passed away in 2010 at the age of 16. Photographs and essays by family and friends will help to tell Esther’s story along with an introduction by award-winning author John Green who dedicated his #1 bestselling novel The Fault in Our Stars to her. The deal was brokered by Julie Strauss-Gabel, Vice President and Publisher of Dutton Children’s Books and Jodi Reamer, Writers House. Dutton has World rights, with publication expected in January 2014.

Diagnosed with thyroid cancer at age 12, Esther (Persian for “Star”) was an exceptionally bright and talented—but very normal—teenager. She lived a hope-filled and generous, outwardly focused life as she navigated her physical decline with grace. Esther grew up inMassachusetts, the Middle East, and Europe and was the middle child in a loving family of five children. Esther was a cheerful, positive and encouraging daughter, sister and friend. She died shortly after turning 16 but not before inspiring thousands through her growing online presence.

The unique memoir will be published in close collaboration with Wayne and Lori Earl, Esther’s parents, who said, “Esther dreamed of being an author.  Her life was her book.  She didn’t get to choose the ending, but the way she filled the pages made her story irresistible. Sharing our Star—our amazing burst of sunshine—is a way of spreading light. We hope others will be changed as we have been.”

“It is an extraordinary honor to be entrusted with sharing Esther Earl’s story. I am so proud to be working with Esther’s family to publish the words of this amazing young woman and talented writer who inspired so many,” said Julie Strauss-Gabel.

Esther was tirelessly devoted to helping others. In celebration of THIS STAR WON’T GO OUT and the Earl family’s efforts to support the families of cancer patients in financial need, Penguin Young Readers Group will be making a donation to This Star Won’t Go Out (tswgo.org), the foundation named in Esther’s memory and the inspiration for the title of the book. The purpose of the This Star Won’t Go Out Foundation is to financially assist families struggling through the journey of a child living with cancer.

Note to the press:

Dutton Children’s Books is one of the oldest continually operating children’s book publishers in the United States. Established more than 150 years ago, the imprint is home to such perennial classics as Winnie the Pooh, Judy Blume’s Fudge novels, Newbery Award-winners such as The Westing Game and My Side of the Mountain, and Printz winners and honor books including Looking for Alaska by John Green. Recent bestsellers include The Fault in Our Stars by John Green, Matched by Ally Condie, If I Stay by Gayle Forman, and the Theodore Boone series by John Grisham.