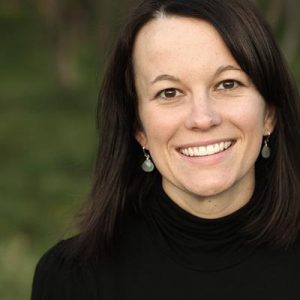 New York, NY – March 25, 2013 – Ally Condie, #1 New York Times bestselling author of the Matched trilogy, will publish two new novels with Dutton Children’s Books, an imprint of Penguin Young Readers Group, it was announced today. The first book, scheduled for publication in fall 2014, tells the story of Rio, who has waited her whole life for the opportunity to leave her safe, underwater city of Atlantia for life on the surface. But when her twin sister, Bay, shocks everyone and chooses Above first (only one family member may go), Rio is left with increasingly dangerous questions about the complex political and religious system constructed to govern the fragile divide between land and sea. The second book is not yet scheduled. The deal was brokered by Julie Strauss-Gabel, Vice President and Publisher of Dutton Children’s Books and Jodi Reamer, Writers House. Julie Strauss-Gabel will edit the books. Dutton has North American rights.

Julie Strauss-Gabel said, “I am thrilled that we can all look forward to more books from Ally Condie at Dutton. I’m excited to introduce fans of the Matched series to exciting new worlds and heroines as strong and compelling as Cassia.”

Ally Condie is the author of the critically-acclaimed, New York Times bestselling Matched trilogy. Matched has been called “the hottest YA title to hit bookstores since The Hunger Games” (Entertainment Weekly), and a “superb dystopian” (The Wall Street Journal) featuring “impressive writing that’s bound to captivate young minds” (The Los Angeles Times). Crossed, the second book in the Matched trilogy was released in paperback March 12, 2013.

Ally Condie (www.allycondie.com) received a degree in English Teaching from Brigham Young University and spent a number of years teaching high school English in Utah and upstate New York. She lives with her husband and four children outside of Salt Lake City, Utah.

Note to the press:

Dutton Children’s Books is one of the oldest continually operating children’s book publishers in the United States. Established more than 150 years ago, the imprint is home to such perennial classics as Winnie the Pooh, Judy Blume’s Fudge novels, Newbery Award-winners such as The Westing Game and My Side of the Mountain, and Printz winners and honor books including Looking for Alaska by John Green. Recent bestsellers include The Fault in Our Stars by John Green, Matched by Ally Condie, If I Stay by Gayle Forman, and the Theodore Boone series by John Grisham