Atheneum Books for Young Readers to Release Holocaust Survivor Leon Leyson’s Memoir, The Boy on the Wooden Box, in August 2013 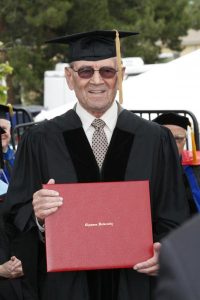 New York, Monday, March 4, 2013 — Atheneum, an imprint of Simon & Schuster Children’s Publishing, announced today plans to publish the remarkable memoir of Leon Leyson, one of the youngest Holocaust survivors on Oskar Schindler’s List. THE BOY ON THE WOODEN BOX by Leon Leyson with Marilyn Harran,which goes on sale on August 27, 2013, perfectly captures the innocence of a young boy who goes through the unthinkable.  Most notable is the lack of rancor, the lack of venom, and the dignity in Mr. Leyson’s telling.  THE BOY ON THE WOODEN BOX is a memoir unlike any other and offers an unprecedented perspective on Oskar Schindler, the man who saved more than a thousand lives.

Sadly, Leon Leyson passed away the day after the manuscript was received by Atheneum. He left behind his wife, Lis Leyson; their two children; and six grandchildren.

“I am elated that Atheneum is publishing my husband’s book.  Leon would have been honored to know that his story will endure,” said Lis Leyson, wife of Leon Leyson.

THE BOY ON THE WOODEN BOX follows the powerful story of Leon Leyson’s survival through the Holocaust.  Leon was only ten years old when the Germans invaded Poland and his family was forced to relocate to the Krakow ghetto. With incredible luck, perseverance, and grit, Leyson was able to survive the sadism of the Nazis including that of the demonic Amon Goeth, commandant of Plaszow, the concentration camp outside Krakow. Ultimately, it was the generosity and cunning of Oskar Schindler, who saved the lives of Leyson, his parents, and two of his four siblings. Three years after the war ended, Leon and his parents relocated to Los Angeles, where Leyson restarted his life, met his wife, and became a teacher at Huntington Park High School.

Determined not to live in the shadow of the Holocaust, he rarely spoke about his wrenching past. It wasn’t until the release of Steven Spielberg’s award-winning movie Schindler’s List that Leon began to share his story.

“Sometimes there are stories the whole world needs to read.  Leon Leyson’s memoir is one of them; it is a gift to us all,” said Caitlyn Dlouhy.

Dr. Marilyn J. Harran holds the Stern Chair in Holocaust Education at Chapman University, was a 2008 recipient of the Spirit of Anne Frank Award, and is a member of the board of the Association of Holocaust Organizations.