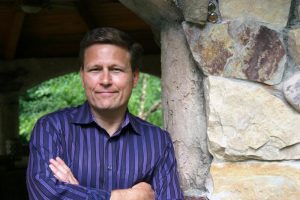 NEW YORK, NY — January 24, 2013 — Scholastic, the global children’s publishing, education and media company, today announces a webcast featuring international bestselling author David Baldacci at the Smithsonian’s National Museum of American History. The “Decoding History” virtual field trip, to air on March 5, 2013 at 1:00 PM ET / 10:00 AM PT, will explore some of American history’s greatest mysteries and will be globally accessible for free on www.scholastic.com/decodinghistory. The webcast coincides with the publication of David Baldacci’s new book for young readers, The 39 Clues®: Cahills vs. Vespers: Day of Doom, the latest title in the bestselling and educational Scholastic series, The 39 Clues®.

During the webcast, with David Baldacci as their guide, children and educators around the world will be taken on a behind-the-scenes tour of some of the most fascinating artifacts in the Smithsonian’s national collections, including the Lewis and Clark compass (an object that is featured in Baldacci’s 39 Clues book), Abraham Lincoln’s pocket watch, and the Star-Spangled Banner. Viewers will also “meet” renowned museum curators and explore some of the most mysterious moments and intriguing questions in American history: Who left a secret message in Abraham Lincoln’s pocket watch? Which is the real Lewis and Clark compass? Why is there a “V” on the original Star-Spangled Banner? The contents of the webcast will help teachers address the “Speaking & Listening” Common Core Standards for English/Language Arts.

“I’m thrilled to be part of the joint program between the powerhouse combination of Scholastic and the Smithsonian. History and books, what could be better? Each entertains and educates. And The 39 Clues series and the Smithsonian do both, splendidly,” said author David Baldacci.

“Scholastic is honored to have author David Baldacci as part of our groundbreaking and innovative 39 Clues team and we couldn’t be more excited that he has agreed to lead our exclusive webcast,” said Ellie Berger, President, Scholastic Trade. “We are also thrilled to collaborate with the renowned institution, Smithsonian’s National Museum of American History, on this unique and educational virtual tour that will reach countless classrooms and libraries around the globe and is a perfect way to merge history, mystery, and storytelling.”

“Books are often a gateway to an interest in history,” said Judy Gradwohl, Associate Director for Education and Public Programming at the National Museum of American History. “This virtual field trip provides a great opportunity to introduce the many fans of The 39 Clues to the real objects and stories that make up American history.”

David Baldacci made a big splash on the literary cene with the publication of his first novel, Absolute Power, in 1996. In total, he has published 25 novels, all of which have been national and international bestsellers. His novels have been translated into more than 45 languages and sold in more than 80 countries; over 110 million copies are in print worldwide. He has received numerous accolades for his writing; most recently, he was inducted into the 2011 International Crime Writing Hall of Fame. While he is involved with several philanthropic organizations, his greatest efforts are dedicated to his family’s Wish You Well Foundation®. Established by Baldacci and his wife, Michelle, the Wish You Well Foundation supports family and adult literacy in the United States by fostering and promoting the development and expansion of new and existing literacy and educational programs.

About the Smithsonian’s National Museum of American History
The National Museum of American History collects, preserves and displays American heritage in the areas of social, political, cultural, scientific and military history. The museum is currently renovating its west exhibition wing with new galleries on American business, democracy and culture; an education center; new spaces for the Lemelson Center for the Study of Invention and Innovation; public plazas; a Hall of Music for live performances; and the addition of a first-floor window wall with views to the Washington Monument. For more information, visithttp://americanhistory.si.edu. The museum is located at 14th Street and Constitution Avenue N.W., and is open daily from 10 a.m. to 5:30 p.m. (closed Dec. 25). Admission is free.

About The 39 Clues
Scholastic, the pioneering force in multi-platform publishing, broke new ground in September 2008 with the launch of The 39 Clues®, which combined books, collectible cards, and an online game, and was the first series of its kind in the publishing industry. The multi-author series for kids ages 8-12 launched on September 9, 2008, with Book 1: The Maze of Bones by Rick Riordan, which debuted at #1 on the New York Timesbestseller list. All books in The 39 Clues series have appeared on the New York Times, USA Today, andPublishers Weekly bestseller lists. In August 2011, Scholastic launched The 39 Clues: Cahills vs. Vespers, a six-book spin-off of the popular series with Book 1: The Medusa Plot by #1 New York Times bestselling author Gordon Korman. Book 6: Day of Doom by international bestselling author David Baldacci is the concluding installment in The 39 Clues Cahills vs. Vespers series and will be released on March 5, 2013. The phenomenally popular The 39 Clues franchise maintains a massive global following with readers in all 50 states and 191 countries. There are currently more than 15 million copies in print worldwide for The 39 Clues series and more than 2 million registered users for the online game. A movie is currently in development with Dreamworks with Jeff Nathanson (Catch Me if You Can and Rush Hour 2) as screenwriter and Deborah Forte of Scholastic Media as producer. Scholastic recently announced the expansion of the series with The 39 Clues: Unstoppable, a spin-off cycle launching in October 2013. For more information about The 39 Clues, visit http://mediaroom.scholastic.com/The39Clues.