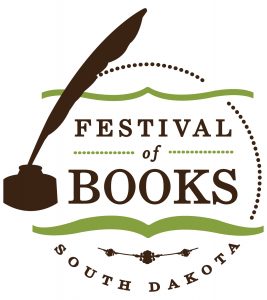 This year, the South Dakota Festival of Books has announced a new component: The Young Readers South Dakota Festival of Books, which will happen on September 25, just before the established Festival. At this Young Reader Festival, National Ambassador for Young People’s Literature Kate DiCamillo and other authors will speak with young readers, their teachers and their family members.

“Many of the authors and illustrators participating in the Young Readers Festival have beenchosen from those featured on the “Celebrating Children’s Books” Traveling Quilt Exhibit, which appeared at the Children’s Museum in Brookings from January through March and will be on display at the Siouxland Public Library in Sioux Falls from July through September. The seven quilts in the exhibit were pieced together over a 13-year period by Muriel Feldshuh, a retired librarian and author from New York City. Each quilt is a collection of squares, 189 in all, that contain handwritten comments and original artwork from best-selling and award-winning authors and illustrators. The exhibit has toured the country over the past decade with stops at many children’s museums, libraries and other youth-friendly public spaces.”